Reminiscent a bit of Caroling Coal, my in-box this morning was deluged with Peabody Energy press releases (see full material after the fold) and other announcements of a new public relations campaign:  Coal Cares.

Evidently stung by the medical community's highlighting of the linkages between the burning of coal (mainly for electricity) and health problems in America's youth, especially a heavy asthma toll, a decision was made to take steps to address the reality that energy usage creates choices and that all energy options come with costs.  To address the externalities of asthma costs, evidently there will be a move to make inhalers more available and affordable for youth living downwind from coal-fired electricity generation facilities.

From the press release:

"Our actions are guided by a singular mission: to be a leading worldwide producer and supplier of balanced energy solutions, which power economic prosperity and well-being," said Boyce. "Coal Cares™ brings this mission to life, empowering children everywhere to take control of their destinies, beginning with their own lungs."


Recognizing that all energy choices have costs, we have a variety of paths to address these costs.

The government as solution path would create regulatory controls that would impose costs on those creating damage -- moving "externalities" like health-care impacts "internal" to the business process and creating fiscal costs associated with them.

Another political philosophy path would be to emphasize individuals and individual responsibility as per the decision to "empower children ... to take control of their destinies."

A question to ponder: Which path is the one that makes the most sense to you?

ST. LOUIS, May 10, 2011 / PRNewswire via COMTEX/ -- Peabody Energy today announced the creation of an innovative new public health initiative designed to combat the stigma of asthma among American children ages 0-18. With Coal Cares™ (www.coalcares.org), Peabody will offer free, custom-branded inhaler actuators to children living within 200 miles of a coal plant, along with coupons worth $10 towards the purchase of the asthma medication itself.

"Too many young Americans face daily schoolyard taunting and bullying because of a condition over which they have no control," said Gregory H. Boyce, Chairman and Chief Executive Officer of Peabody Energy. "By re-branding the inhaler as a cool, individualized, must-have accessory, Coal Cares™ will empower children to tell bullies: ‘suck it up.’" Children can choose from a variety of youth-themed inhaler cases, from tween faves like "the Bieber" and "My Little Pony," to the "Emo" and "Diamond" inhalers for older, style-conscious youth. There’s even "My First Inhaler," for tots.

Coal Cares™ launches today in commemoration of Asthma Awareness Month, the Environmental Protection Agency’s effort to call attention to rising asthma rates, especially among children. Coal Cares™ and its Puff-Puff™ line of inhalers is the first, and most ambitious, market-friendly public health initiative of this scope of any privately-owned American company, and testifies to the energy industry’s commitment to the well-being of all citizens, including the youngest.

"Our actions are guided by a singular mission: to be a leading worldwide producer and supplier of balanced energy solutions, which power economic prosperity and well-being," said Boyce. "Coal Cares™ brings this mission to life, empowering children everywhere to take control of their destinies, beginning with their own lungs."

"Coal Cares™ is emblematic of the return to self-reliance that healthy entrepreneurship demands," said James Miasmus, Vice President of Government Affairs at Peabody USA. "Costly ‘scrubbing’ technology, on the other hand, is an untested and heavy-handed intrusion into our still-vulnerable economy. At Peabody, we're thinking globally but acting locally, and locating preventive action at the point of consumption, where it belongs."

"Coal Cares™ isn’t just the name of a campaign," said Kevin Briesslau, Vice President of Communications at Peabody Coal. "It’s a philosophy, a way of doing business in harmony with the community we are a part of. After all, coal is the fastest-growing fuel in the world. We're part of America’s heritage, and we’re here to stay."

Peabody Energy (NYSE: BTU) is the world's largest private-sector coal company and a global leader in clean coal solutions. With 2010 sales of 246 million tons and nearly $7 billion in revenues, Peabody fuels 10 percent of U.S. power and 2 percent of worldwide electricity.

Into some context ...
Of course, this didn't come from Peabody Energy which has assidiously fought movement forward toward a clean energy future.  Brandon Keirn, over at Wired magazine, reports that this came from "an activist prankster group called Coal is Killing Kids".  More importantly, Keirn looks at Peabody's reaction and questions it substance.

Peabody’s response to the hoax was immediate. “A growing collection of studies demonstrate the correlation between electricity fueled by low-cost coal and improvement in health, longevity and quality of life,” said a company press release. “The United Nations has linked life expectancy, educational attainment and income with per-capita electricity use, and the World Resources Institute found that for every tenfold increase in per-capita energy use, individuals live 10 years longer.”

The standard and popular fossil-foolish response: sure, burning fossil fuel causes problems, but the benefits are much greater.  And, well, there isn't any choice.

But when it comes to coal, those claims don’t withstand close scrutiny, said environmental health expert Julia Gohlke of the University of Alabama. “That relationship completely breaks down when we’re looking at the infant mortality levels and life expectancy levels that we enjoy in the United States,” she said. “In fact, what you see is a negative impact on health when you look at coal versus other fuels.”
...
researchers cross-referenced health data with electricity consumption patterns in 41 countries between 1965 and 2005. They found that in extremely poor countries with high infant mortality and low life expectancy, coal-fired plants indeed improved health: It’s better to burn coal in a centralized location than inside the home, and energy supports sanitation infrastructure. But for wealthier countries, “increasing coal consumption was associated with reduced life expectancy and increased infant mortality.”

Brandon's article is well worth the full read for putting the full light of truth on the Peabody claims. (See also Huffington Post.)

In any event, from the coal cares Twitter feed ...

Clean Coal is not a myth. At least, no more so than Bigfoot. #CoalCares #Peabody

You see a mountain, we see a molehill... when we're done with it. #CoalCares #PR #Peabody

The media often lashes out against Clean Coal, to which we ask, would they prefer dirty coal? #CommonSense #CoalCares #PR #Peabody

Millions of people a year are inconvenienced by sunburn. Why should your tax dollars go towards solar power? #CoalCares

And, well, don't forget to check out the Coal Cares website.

You have to see the pictures at the Coal Cares website, such as:

How sad to think all of these children's lives are so disrupted by forces they can not control, but that we could, if we chose to do so.

and all I gotta say is yuck.

for their frivolous case against satirists.

Comments are closed on this story.

More hints...
Back to Story Show Parent Thread
Trending list
Exposed: The Insidious Cancer at the Core of Democracy that Could Take Down Biden
by thomhartmann
207 92

Anti-vaxx Chronicles: Surviving lawn darts and Clackers is better than a vaccine. Or is it?
by kos
45 23 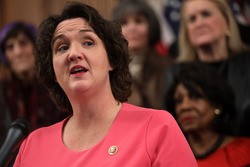 Rep. Katie Porter takes down Big Oil with bags of rice and jars of M&Ms
by April Siese 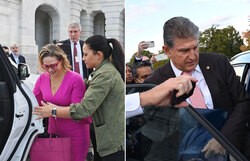 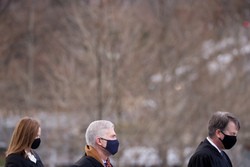